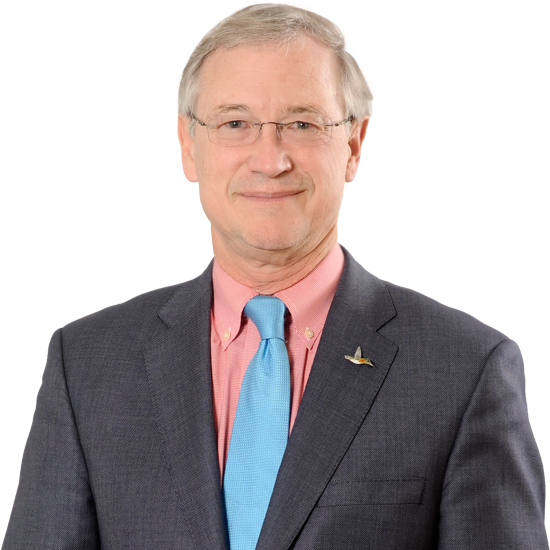 Frank J. Sasinowski, M.S., M.P.H., J.D., by assisting sponsors and patient organizations in developing new medicines, has helped secure FDA approval for hundreds of new drugs, including more than 100 new molecular entities, often for serious and rare diseases.  Frank was involved in 6 of the most recent 8 drugs FDA approved by way of its accelerated approval process.  Frank is involved in many cell and gene therapies and aided significantly on the first approved systemic gene therapy, Zolgensma.

Frank joined FDA in 1983 as regulatory counsel in the Center for Drugs and Biologics, where he was key to implementing both the 1983 Orphan Drug law and the 1984 Hatch-Waxman law. In 1987, he left the FDA as Deputy Director of health policy in Commissioner’s office and joined Hyman, Phelps & McNamara.

In its March 2012 issue, the Drug Information Journal published Frank’s seminal analysis on therapies for rare disorders: “Quantum of Effectiveness Evidence in FDA’s Approval of Orphan Drugs: Cataloguing FDA’s Flexibility in Regulating Therapies for Persons with Rare Disorders.”  Other papers of his on Accelerated Approval and Orphan Drugs are regularly cited by FDA, industry and academia as well.  Thanks to his extensive FDA experience, both from within the Agency & from a sponsor’s perspective, as well as his passionate advocacy for integrating the voice of the patient in developing medicines, Frank possesses a nuanced & deep understanding of the drug regulatory process.

In 2000, Frank was elected to the Board of Directors of NORD, the National Organization for Rare Disorders, where he served as Chair and as Vice Chair & was on its Board until 2016. In 2017 Frank joined the Board of the Everylife Foundation for Rare Diseases where he currently is its Vice Chair. In May 2013, NORD awarded Frank its first ever Lifetime Achievement Award. In August 2018 Frank was appointed to the Board of Directors for the Alliance for Regenerative Medicine (ARM) Foundation for Cell and Gene Medicine. Frank is a founding Board member of the IndoUSrare patient organization, representing those in India and in the US with rare conditions, and also a founding Board member of n-Lorem, a philanthropic organization dedicated to providing free therapies for life to those with “n of 1” super-ultra-rare conditions. Frank has also served on the Board of Directors of the United States Pharmacopeia (USP) and has served on the board of several biotechnology companies.

Since 2014, Frank has been an Adjunct Professor of Neurology at the University of Rochester School of Medicine. His work has been widely recognized by industry and political leaders. For example, Frank was asked by both political parties to testify at the May 2014 inaugural congressional hearing on the 21st Century Cures law. In October 2012, President Obama recognized Frank’s contributions to the President’s Council of Advisors on Science and Technology (PCAST) report, “Propelling Innovation in Drug Discovery, Development and Evaluation”.

M.P.H., University of California at Berkeley

M.P.H., University of California at Berkeley